A chaotic scene erupted in Chicago early Monday morning, with hundreds of people smashing windows, looting stores and even firing shots at police officers, authorities said. Cops returned fire and were not hit, but it was still unclear if any of the shooters were struck, police spokesman Tom Ahern said on Twitter. 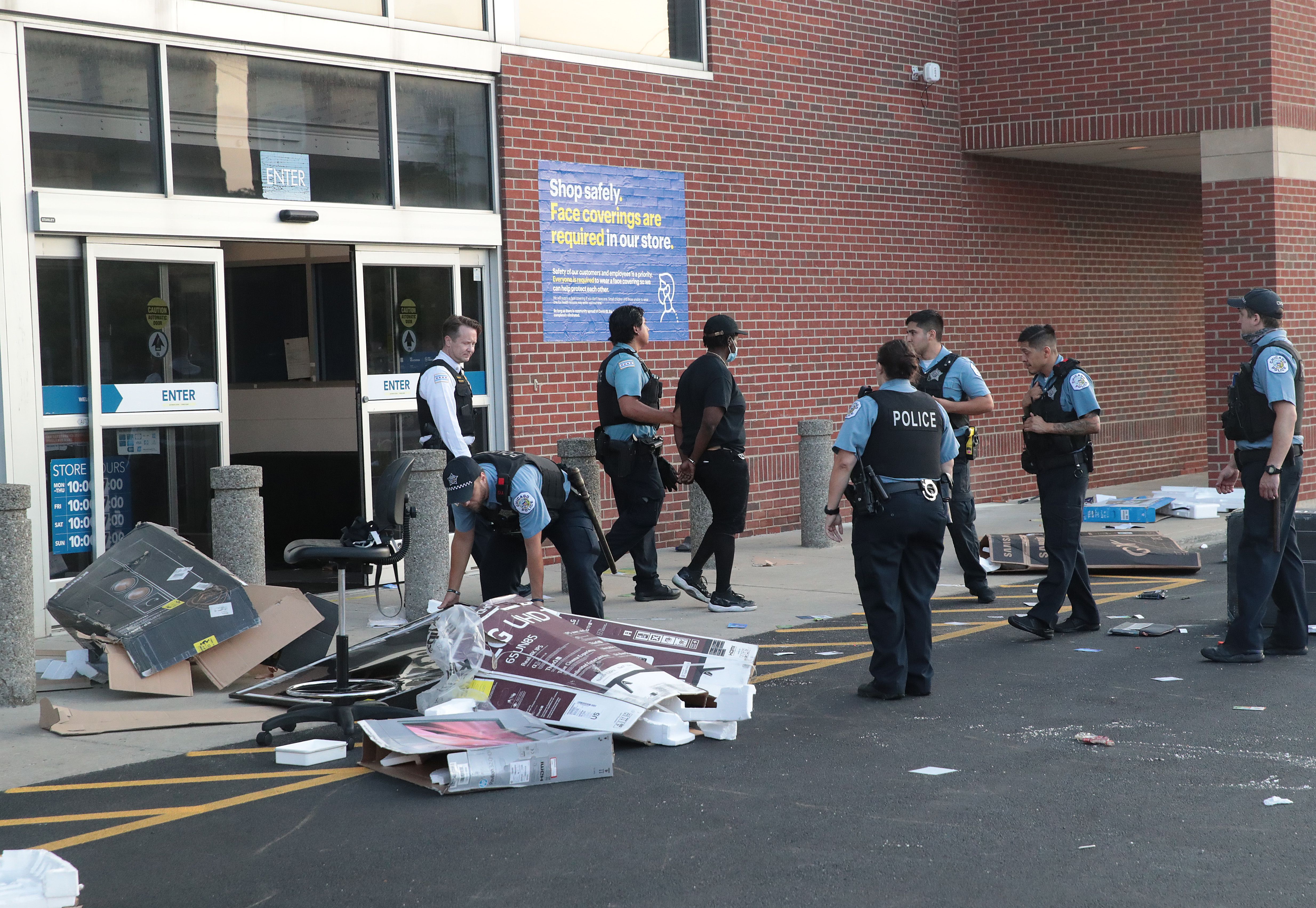