A Nevada police officer ‘unintentionally’ shot a suspect after being struck in the knee by a fellow cop’s taser during a chaotic arrest that was caught on camera last month, authorities said Monday. Newly released body-cam footage shows several officers from the Reno Police Department trying to help Washoe County sheriff’s deputies subdue a belligerent man on the morning of July 26. At one point, one of the deputies discharged his taser but ended up striking a fellow cop who, in turn, fired his weapon. 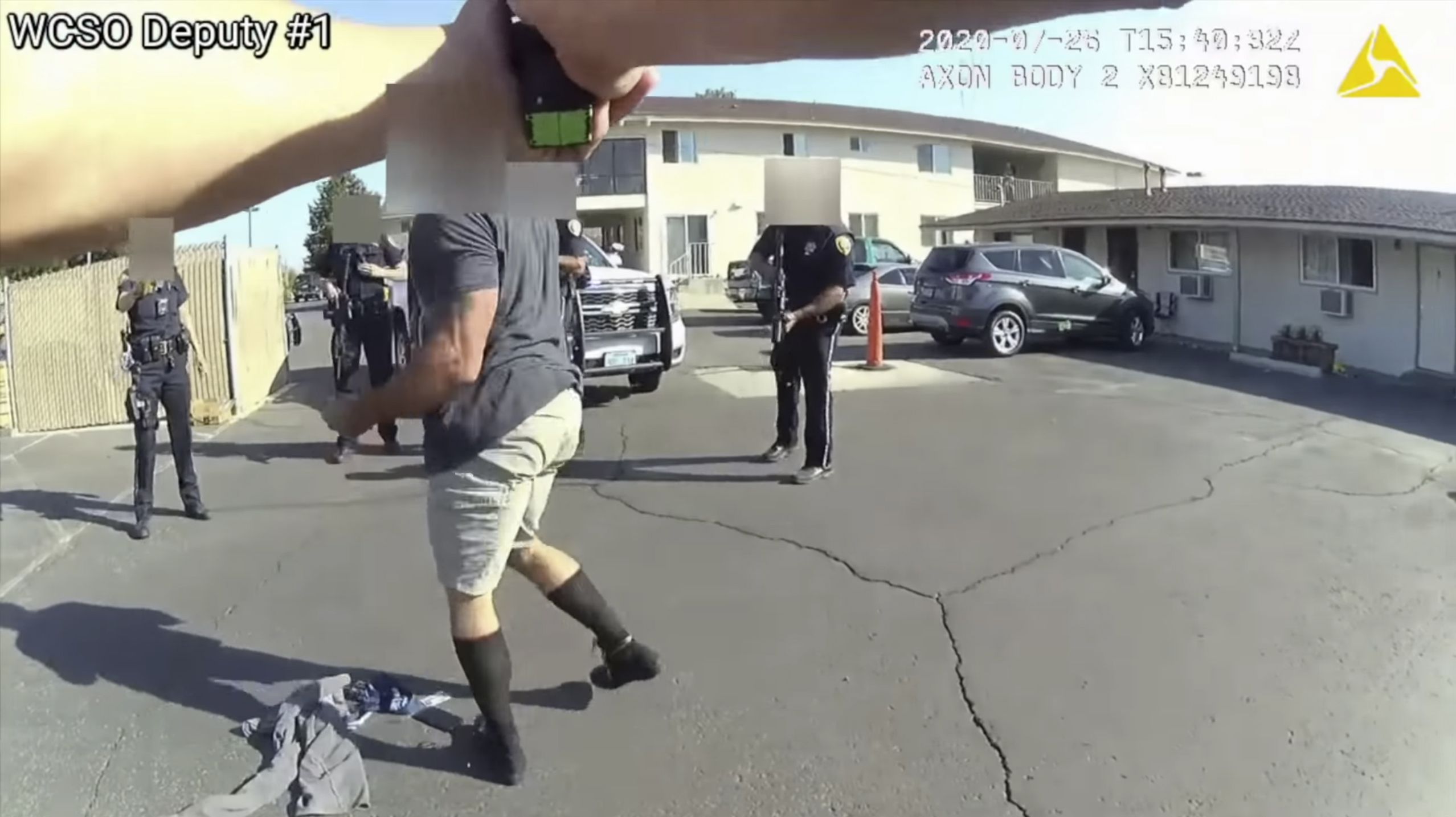