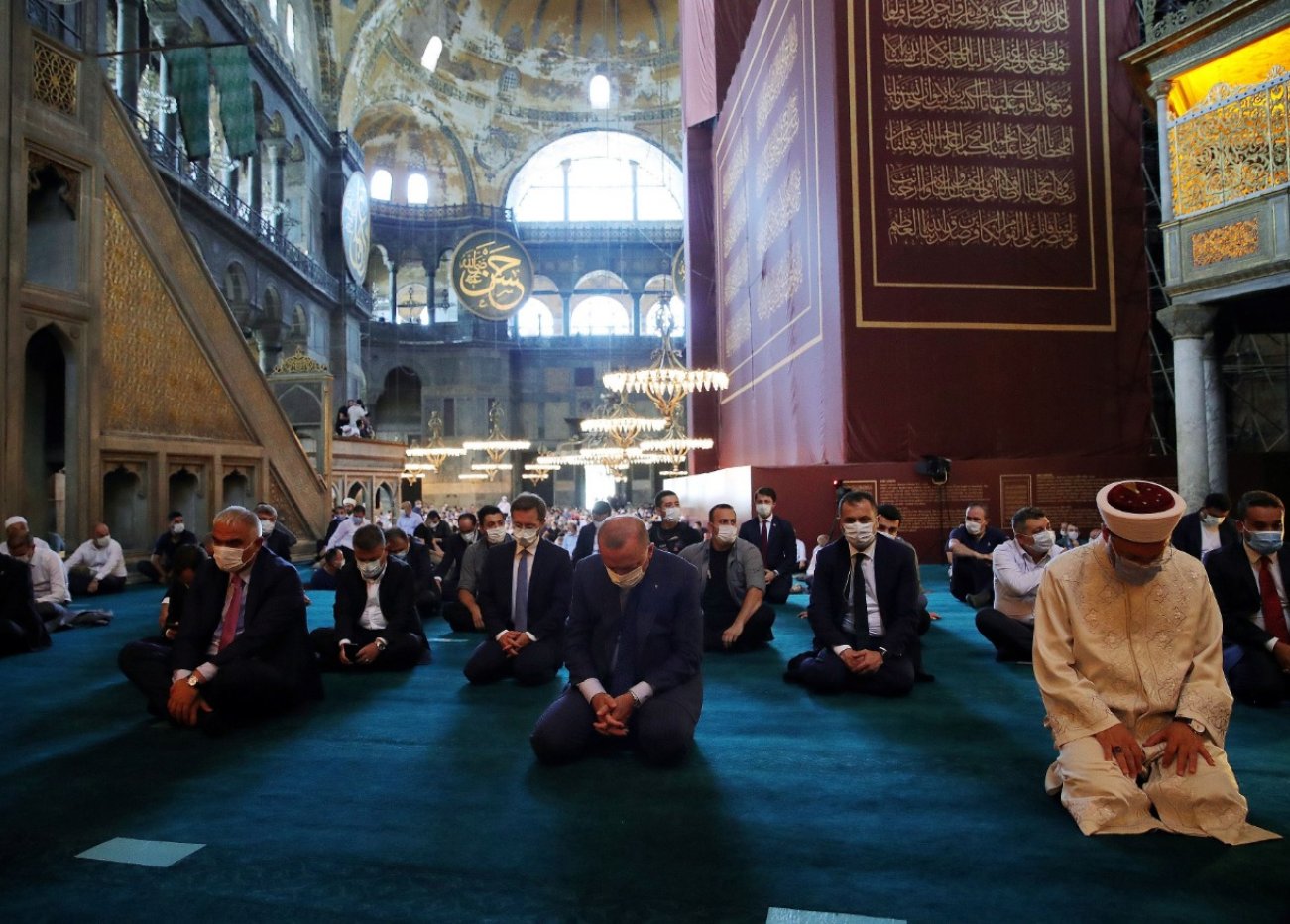 Some believe that the Hagia Sophia, first a Christian cathedral in the eastern Roman Empire, was built on the site of an ancient pagan temple.

The recent uproar from within Turkey and globally about changes to Hagia Sophia — a 1,500-year-old UNESCO World Heritage Site of religious significance to both Christians and Muslims — is justified and understandable.

A Turkish court revoked the site’s status as a museum while Turkish President Recep Tayyip Erdogan ordered the space open for Muslim prayer. The move effectively claimed Hagia Sophia as a mosque and is seen as part of Erdogan’s push to assert his version of an exclusionary religious Islamic identity in Turkey.

The Greek Foreign Ministry characterized the changes as the “religious and nationalist fanatic ramblings of today’s Turkey.” Ecumenical Patriarch Bartholomew, spiritual head of many Orthodox Christians, said the change would be divisive and Pope Francis expressed sadness and disappointment. UNESCO says revoking the museum status undermines an important “symbol for dialogue.”

But missing from this debate is acknowledgement that the controversy implies more than the need for deeper Christian-Muslim dialogues. Some believe that the Hagia Sophia, first a Christian cathedral in the eastern Roman Empire, was built on the site of an ancient pagan temple.

Today, while there are contentious scholarly debates about how to understand contemporary efforts to study or reconstruct older pagan religions and their meaning, pagan refers to those who follow a polytheistic or pantheistic nature-worshipping religion. Some contemporary people follow forms of paganism. (In Canada’s 2001 census, more than 25,000 people identified as pagan.) But the pagan label is also continually used to inaccurately lump together an arguably diverse group of non-Abrahamic belief systems.

We believe that with the right will and attitude, global communities could channel the Hagia Sophia controversy to push for deepening dialogues among the major Abrahamic religions about how their religious histories have intersected with what they viewed as paganism, and what this means today. Such dialogues would rightly also mean a much-needed critical and fresh global engagement with Indigenous rights, justice issues and spiritualities.

Archeologists and historians have demonstrated that historically, for various reasons, including to encourage new converts, some Christian churches were built on top of ruins of sacred pagan sites or nearby.

The practice of using ancient pagan ruins was also continued with the building of some early mosques.

Egyptologist Jan Assmann sees in the roots of Abrahamic monotheism the emergence of an unprecedented worldview and ethical values that were accompanied by a binary mindset. He contends that this “Mosaic distinction,” associated with the time of Moses moving forward, “repudiated everything that went before and everything outside itself as ‘paganism’.”

Mostly negative depictions of pagan practices, idol worshipping and their equivalents appear throughout the holy scriptures of the Abrahamic religions.

Throughout history, the pagan label continued to be used to diminish not only non-Abrahamic traditions, but various Abrahamic religions and denominations. For instance, historically, some Christians have denigrated Judaism by typing Jews as pagans.

Similarly, some Christian groups have accused Roman Catholics and Orthodox Christians of adopting pagan beliefs and practices, suggesting this makes them fundamentally less Christian. Heated debates aiming to fend off such accusations show the negative stigma the Abrahamic tradition associates with paganism.

Some of our research found that K-12 school curricula in Canada, Egypt and Greece — lack a detailed and balanced account of the ancient and existing non-Abrahamic — or pagan — traditions. We found that curricula inadequately examined the influences and contributions of these traditions to humanity as well as to Abrahamic traditions specifically.

Further, the textbooks we analyzed largely whitewash historical violence or any forced conversions committed in the names of Christianity and Islam. This very likely gives students the impression of voluntary and peaceful conversions, implying these religions’ superiority and sophistication over other beliefs. Such omissions also forestall the opportunity to critically engage with religious-based violence and historical injustices.

An exclusionary and binary “us versus pagans” paradigm can be seen in how European powers interpreted and acted towards Indigenous belief systems when colonizing Indigenous lands and societies. This worldview justified dominating Indigenous Peoples. Indigenous worldviews, cast as “pagan superstition,” were interpreted as incompatible with moral western civilization, which was associated with Christianity.

Among the most organized of these efforts to “civilize” through religion were government-sanctioned and supported residential school systems.

However, to arrive at more far-reaching and sustainable resolutions, it is crucial to also take a more historical approach to understanding the history of ideas that shape ongoing tensions and injustices.

This historical approach would include key Abrahamic institutions engaging in critical self-reflection about how they have represented and acted vis-à-vis those non-Abrahamic belief systems and spiritualities. Central to that process would be engaging the relevant institutions and followers in these faiths in constructive dialogues about religious pluralism and respect, as well as the global struggles for Indigenous rights.

Both public and religious schools must take to heart the task of producing well-rounded, critical, open-minded and tolerant citizens.

Canada’s Truth and Reconciliation Commission has called for curricula in publicly funded schools to teach histories of residential schools and to acknowledge injustices committed against Indigenous Peoples.

To achieve that, curricula and classroom discussions need to encourage more in-depth engagement with global religions — including ancient and existing pagan traditions and Indigenous traditions. This entails providing fuller historical analyses and better contextualization, while exposing students to multiple perspectives. Pagan traditions’ contributions — including exchanges with, and influences on, the Abrahamic tradition — need also be better acknowledged and emphasized.

Further, students should be supported in developing the capacity to critique ideologies and worldviews which bypass respectful engagement and insist on the right to dominate in various ways, including undermining particular beliefs and cultural practices or controlling resources. This would help students take a critical stance that resists religiously based or ideologically inspired exclusionary extremism and violence.

Together, we could find in the Hagia Sophia controversy inspiration for true wisdom to create a more tolerant, peaceful, harmonious, equitable and sustainable world.

This article is republished from The Conversation under a Creative Commons license. Read the original article.