“Trump is a bats–t crazy person,” Fox News host Sean Hannity, one of the president’s biggest supporters, has reportedly said behind closed doors. But on air, it’s a different story. A new book due out Tuesday by CNN’s Brian Stelter paints a portrait of Fox News’ co-dependent relationship with President Trump as conflicting, exhausting and embarrassing for many at the right-wing media outlet, where one anchor reportedly confessed, “We just surrendered.” 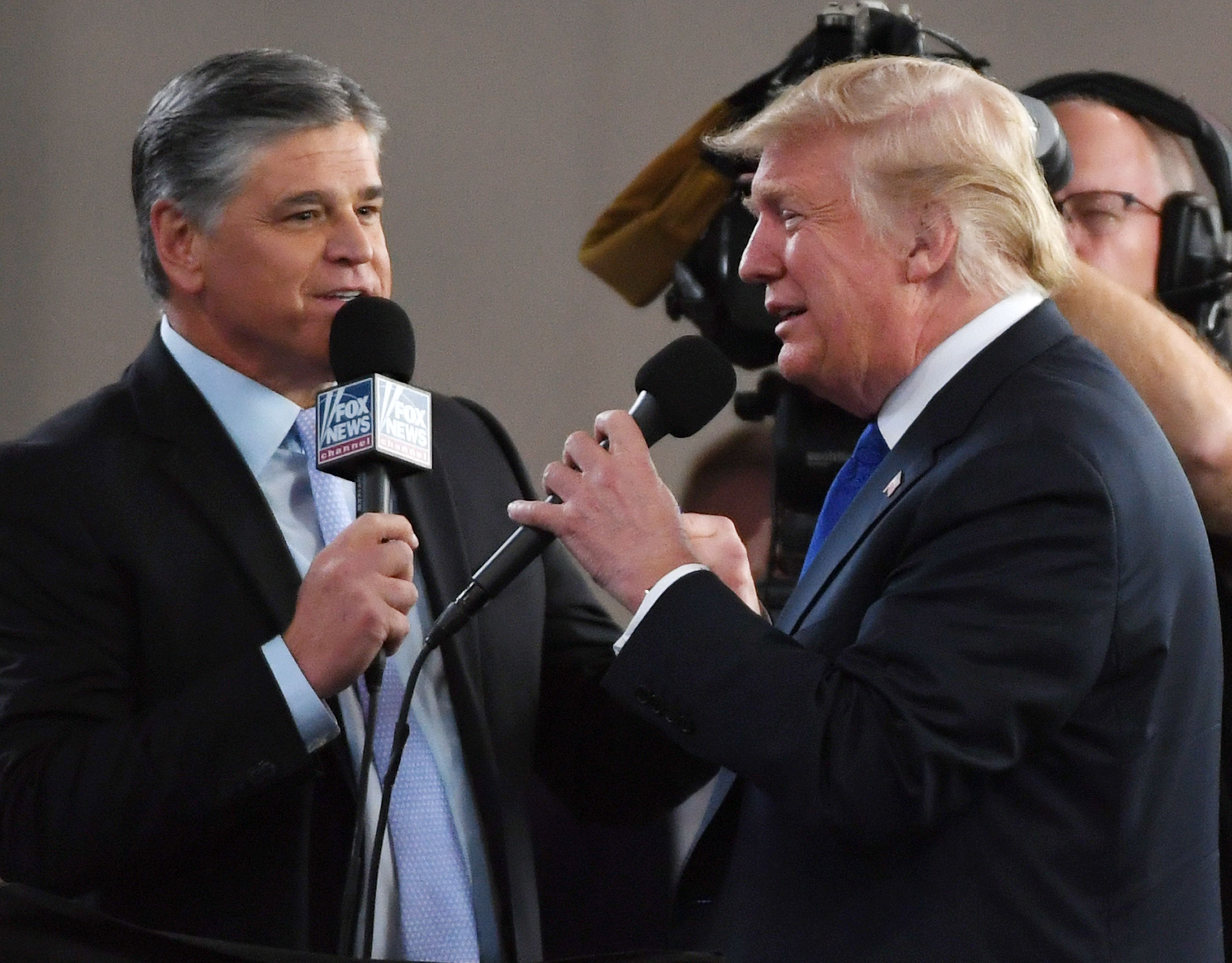