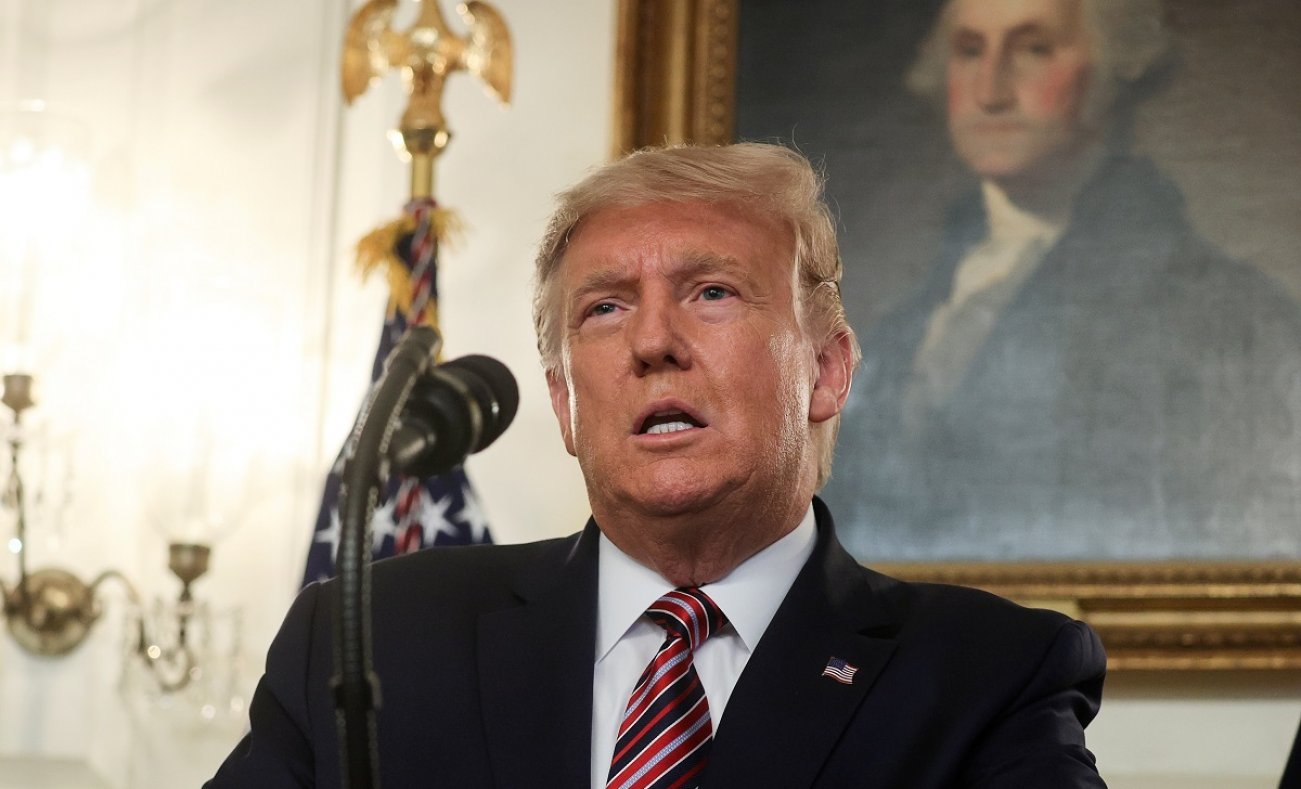 Trump gave Woodward no less than 18 interviews between July and December. The question is simple: why did he even give him a single one? Trump had to know going into the interviews that Woodward was hardly a friendly interlocutor. Yet he apparently spilled his guts to Woodward

President Donald J. Trump is right where he usually likes it—in the middle of a furor.

Two stories erupted on Wednesday that added to the conflagration that always seems to be flickering around the edges of his presidency.  The first is Bob Woodward’s release of his new book Rage and of audiotapes indicating that Trump deliberately sought to downplay the severity of the coronavirus pandemic. The second is the accusation by a former high-ranking Department of Homeland Security official named Brian Murphy that he was told by Acting Director Chad F. Wolf, among others, to cease reporting on assessments of Russian interference in the American 2020 elections.

The Woodward audio tapes have Trump declaring, “I don’t want to create panic, as you say, and certainly I’m not going to drive this country or the world into a frenzy. We want to show confidence. We can show strength.” Trump’s money quote: “I always wanted to play it down.”

The one official who comes out well is national security adviser Robert C. O’Brien, informing Trump at the outset in late January that the coronavirus would be the greatest threat he would confront in his presidency: “this is going to be the roughest thing you face.”

Trump gave Woodward no less than 18 interviews between July and December. The question is simple: why did he even give him a single one? Trump had to know going into the interviews that Woodward was hardly a friendly interlocutor. Yet he apparently spilled his guts to Woodward, telling him “this is deadly stuff”—even as he publicly proclaimed that the virus was no more harmful than the annual flu. Why openly sound so callous and indifferent to the deaths of tens of thousands of Americans?

At a campaign event in Michigan, former vice-president Joe Biden laced into Trump. At an event with autoworkers, Biden said, “He knew how deadly it was. It was much more deadly than the flu. He knew and purposely played it down. Worse, he lied to the American people. He knowingly and willingly lied about the threat it posed to the country for months.” This charge will be difficult for Trump to refute,–and is likely to play a central role in the first presidential debate on September 29. It also appears that Trump is refusing to prepare and going to wing it at the debates.

The second story centering on the Department of Homeland Security is likely to be less damaging to Trump but will also distract from his campaign for reelection. Murphy alleges that he was instructed to focus on election interference from China and Iran but not Russia. Murphy complained to the DHS inspector general that he was, in essence, being asked to commit treason. In a sense, it’s déjà vu all over again. All the characters have reassumed their old roles. Rep. Adam B. Schiff, the chairman of the House Intelligence Committee, stated that Murphy’s statement “outlines grave and disturbing allegations that senior White House and Department of Homeland Security officials improperly sought to politicize, manipulate, and censor intelligence in order to benefit President Trump politically.”

Given the miasma of accusations that surround Trump and Russia, it is unlikely that this is episode is going to have much more political effect than previous ones. Rather, it is the pandemic—a domestic crisis–that has crippled Trump’s presidency. His refusal to address it in a serious and systematic fashion accounts for much of the drop in his poll numbers, and they are unlikely to improve after the release of his latest musings to Woodward. The toll from the pandemic continues to increase. The death rate may reach 410,000 this December. Millions of jobs have been lost. No matter how much Trump enjoys political brawling, the truth is that the constant spate of controversies erupting around him are not damaging Biden. They center on Trump’s own record and statements. Many, if not most, are self-inflicted wounds. Every day that goes by with the attention on Trump’s deficiencies is another day that Biden can go on the attack and avoid any scrutiny of his own record and program. Today was supposed to be the day that Trump went on the offensive as he released his list of 20 new potential Supreme Court nominees during a second term. Instead, he is once more being overwhelmed by controversy.

Jacob Heilbrunn is editor of The National Interest.