Police in Pennsylvania deployed tear gas on a crowd of protesters following the fatal shooting of a suspect who chased an officer with a knife during a domestic violence investigation Sunday afternoon. Body-cam footage released by Lancaster authorities just hours after the incident shows the 27-year-old man coming out of a home and running toward the officer with a knife in his right hand. The officer fired several shots as he ran from the suspect on the sidewalk, the video shows. 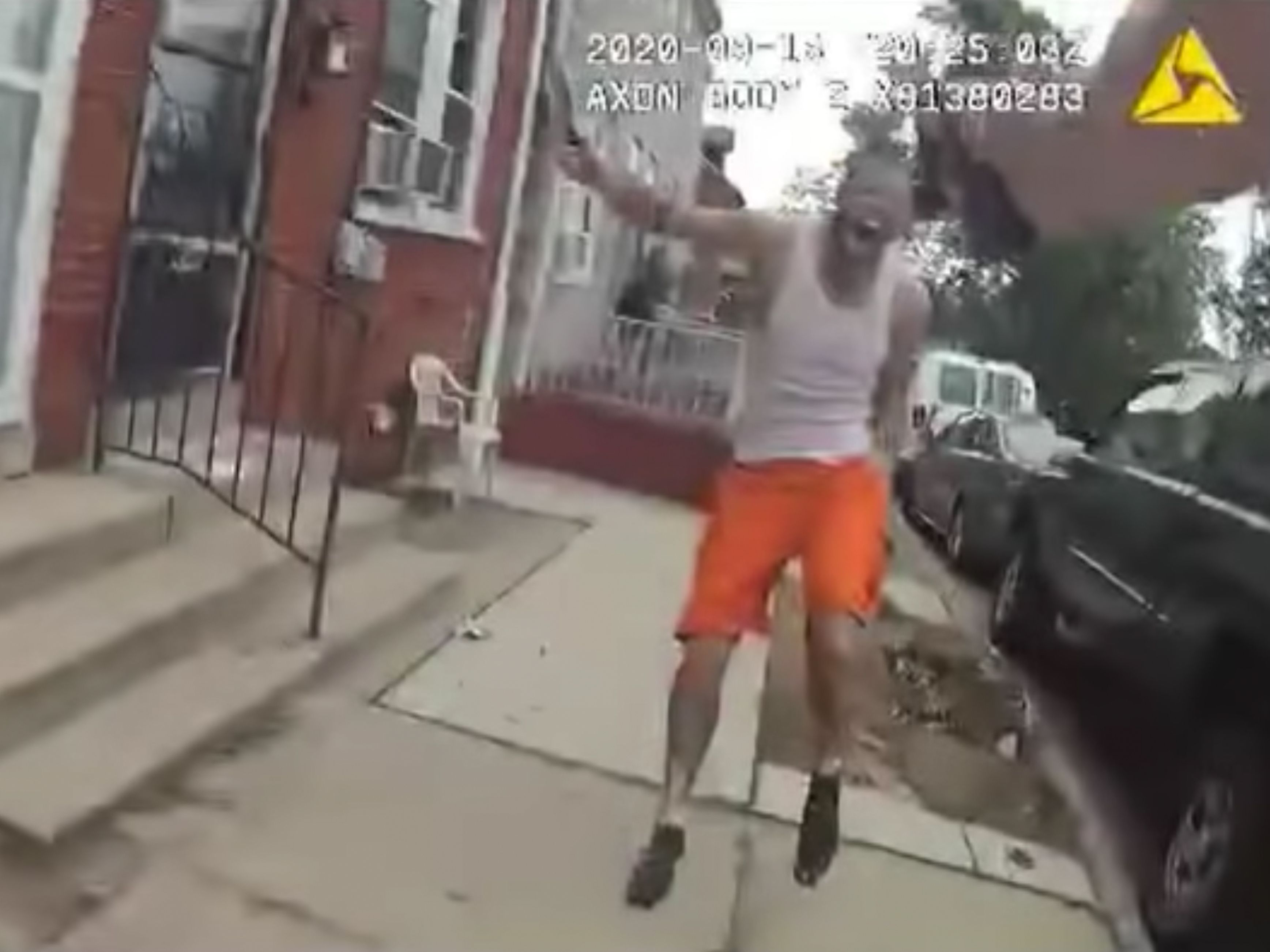