Two construction workers fell into the water and were hospitalized after a Seattle pier partially collapsed during an emergency removal. The two men were among seven people working on Pier 58 when part of the structure began to crumble Sunday afternoon, the Seattle Parks and Recreation department said in a statement. 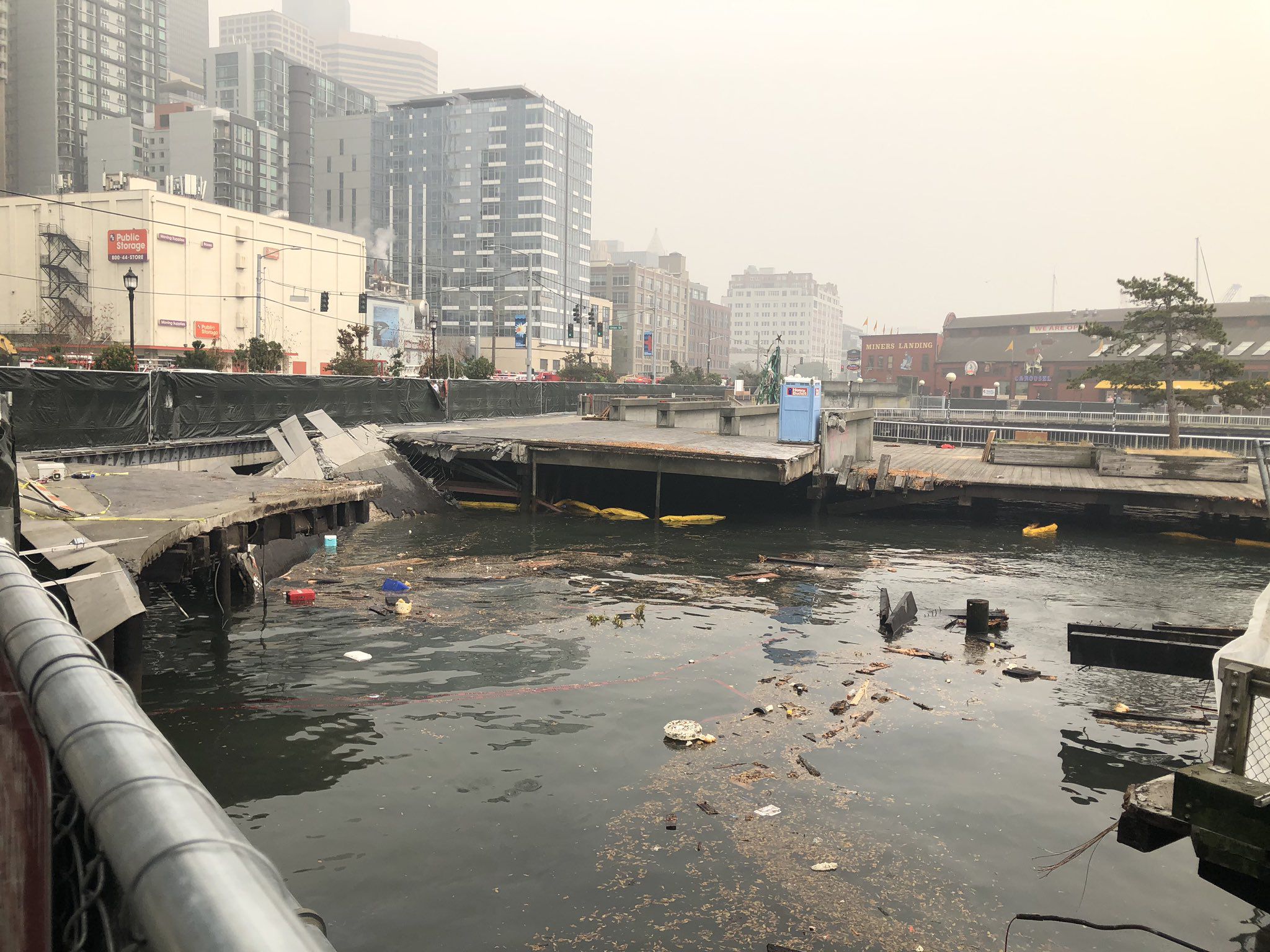