Police helping a man whose car had crashed on a Miami highway found a missing man’s body in the trunk. 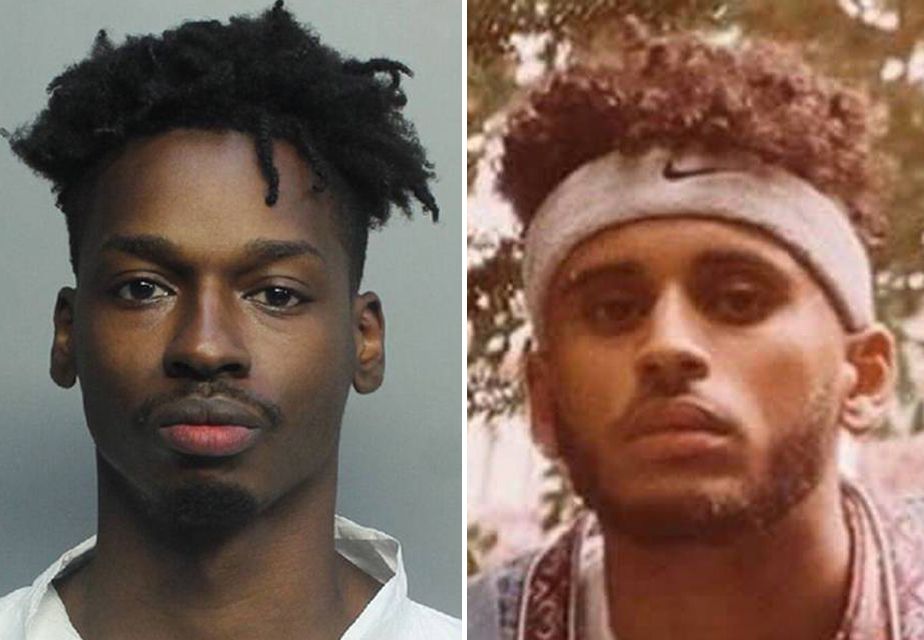 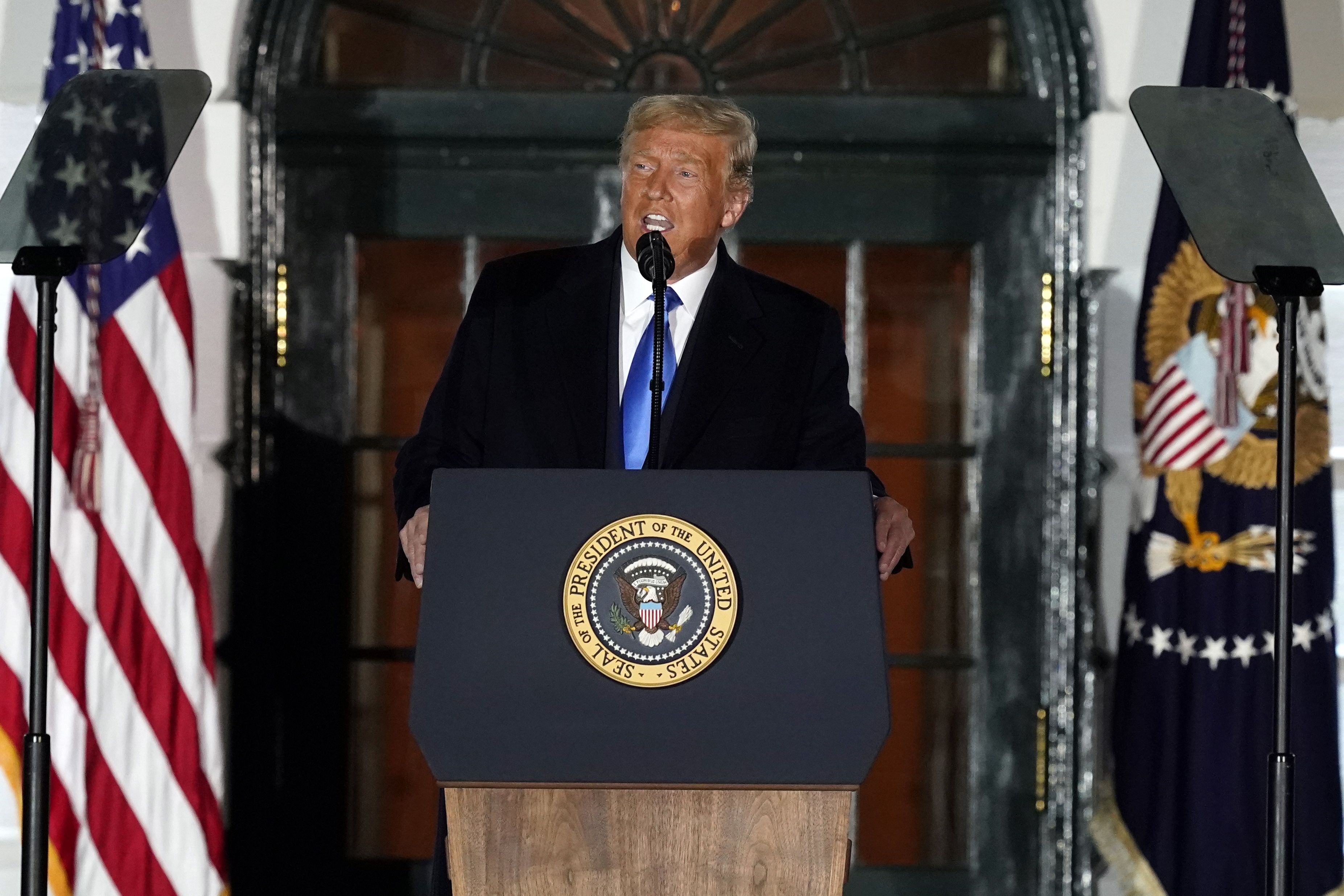 https://thenewsandtimes.blogspot.com/2020/10/745-pm-10262020.html7:45 PM 10/26/2020Disinformation in the 2020 Presidential Election: Latest Updates – The New York TimesElection 2020 live updates: Trump, Biden both campaigning in Pennsylvania – The Washington PostTexas prepares to send in 1,000 troops and DC begins to board up its stores ahead of the election | Daily Mail OnlineFacebook and

https://thenewsandtimes.blogspot.com/2020/10/745-pm-10262020.html7:45 PM 10/26/2020Disinformation in the 2020 Presidential Election: Latest Updates – The New York TimesElection 2020 live updates: Trump, Biden both campaigning in Pennsylvania – The Washington PostTexas prepares to send in 1,000 troops and DC begins to board up its stores ahead of the election | Daily Mail OnlineFacebook and

Caribbean nationals on the first day of early voting in New York, Oct. 24, lined up for hours at Intermediate School 68 on 81nd Street in Canarsie, Brooklyn, determined to cast their ballots during a historic voter-turnout for a presidential election.

Some, who said they had been on line for more than seven hours, others, longer, were fired up to speak to this reporter about why they were prepared to wait for as long as possible to get into a voting booth.

Wearing a mask emblazed with the words, “I am a voter,” 28-year-old Crystal-Angeleeburell, an activist, said she was determined to stand on line for how long it took to vote.

“I will leave after I vote. This election is about the soul and integrity of America, that is why I am standing on line, and I am voting, Biden, Harris, she said.

Brooklyn-born, Angeleeburell, with her Jamaican mother, said this election means more than ever for the generations to come. “I have been protesting, I have donated funds to elect people who align with my values, I mentor, and I think primarily, we must vote, she urged.

Marcia Beckford, Crystal’s mother who is inspired by her daughter’s activism, noted that the first day of voting was a proud moment for her, and an opportunity to vote, not only as a Democrat, but because a black woman, and a woman of Jamaican heritage, could create history as the first female vice pPresident of America.

The line was wrapped around Avenue L, 81st Street, Flatlands Avenue and 82nd Street, where everyone was socially distant, and wearing masks, like Dahlia Slater, another Jamaican-born, who wants to get rid of President Trump.

“He is making all of these changes that are not fair to us, whatever he is doing will affect my kids, and my grand kids,” she said, insisting. “We have to vote. If you are a citizen, you should exercise that right,” she urged.

First time voter, Dean Harty, said “we have to get rid of President Trump, he has no respect, and he is not for us. He says he is not racist, but he is racist. I think Biden will do a better job, not for just Democrats, but for America. Whatever I have to do, I am going to wait and vote.”

Lorraine, a Guyanese native, who stood on line with her daughter Dale for more than seven hours, said. “I am not moving until I vote. I am tired of Donald Trump. I want peace, security, and reasonableness, she said.

Reverend Althea Bailey, of St Ann’s Jamaica, who sat on a beach chair, was eager to cast her ballot. She reminded, that it is a privilege to vote.

From Carmen Craig-Lawrence, a Jamaican-American who said waiting on a long line to vote was worth it, to Bylene Hendrickson of Nevis, who wants her voice to be counted for change in America, to a Haitian voter who has four children and wants America to help them, and future generations to have a brighter future, to African Americans from South Carolina, who are looking for a sense of decency from government, and the next generation to be treated fairly, all were committed to casting their ballots.

Finally, after a five-hour wait, Judy, a Barbadian-American, stepped out of the voting site wearing a sticker that said, I voted Early. With a smile on her face, she shared, “it was all worth it. “I did it for my American-born grandson. I am happy, I voted for Joe Biden,” she added.

According to the Board of Election, more than 93,000 voted on the first day of early voting. Early voting ends on Nov. 1.

Election Day is Nov. 3. Get out and vote!

The post Caribbean nationals are fired up for a change in the White House appeared first on Caribbean Life News. Call them ghostbusters if you will but despite the president of the United States referencing their hometown as a “ghost town” more than 94,000 registered voters turned out to the polls on the first day of early voting in New York City.

Hardly appearing ghostly or ghost-like, their images through any lens contradict the comment President Donald Trump made during a final debate recently saying quarantine and a lockdown now makes NYC a “ghost town.”

Socially distanced and masked to stunt the spread of COVID-19, early bird voters in every borough overwhelmed all 88 polling sites throughout the city from the dawn of Oct. 24.

The one-day figure adds to the 56 million Americans who reportedly have already decided their choice for the next leader of the country.

Fashion forward voters showed out – a woman was spotted wearing what looked to be a knock-off from a jacket previously sported by first-lady Melania which said “I don’t care – Do you?”

Replicas of flags from many migrant nations also found prevalence.

Election districts reported constantly swelling, socially-distanced individuals forming queues from early in the day with voters willing to wait unending hours to cast early votes for the first time in a presidential election.

Native born and naturalized citizens arrived up to three hours ahead of the poll opening schedule in order to get ahead of the nine-day advance opportunity to exercise their political might. Eager millennials, senior citizens, and first time voters filed into Madison Square Garden, the Brooklyn Museum, Barclay Center and Kings Theater, community centers and local early voting locations on the first official day of voting in New York.

Some dropped off affidavits, some brought folding chairs, food, coffee, water, books, games, music and other accoutrements to help pass the time.

Parents were accompanied by small children they chaperoned to share the unprecedented experience of history in the making.

In the 12th CD, a sidewalk comedian told jokes.

And cellphone photographers captured images some said would be posted on social media.

There too in Williamsburg at 9 am a 102-year-old, Puerto Rican senior walked with assistance from her daughter and a metal walker.

Her 90-year-old neighbor rolled up afterwards on a motorized vehicle.

And a blind man showed up early with his seeing eye dog.

At 10 am a poll worker walked the line to steer seniors for priority voting.

One of the women seated on a bench demanded identification.

“I’m a lawyer, I trust no one,” she said, citing skepticism and suspicion of voter suppression.

A man just ahead of yours truly said “I’m a lawyer too, but I’m taking him up on this offer to move up in the line.”

A designated queue sped the process and by 11 am the aforementioned re-emerged wearing “I VOTED EARLY” stickers and armbands.

On witnessing these images, even the president might consider retracting the ”ghost town” assertion.

Often referred to as Gotham, the city admirably represented the Empire State.

Walking along Fifth Ave. later in the day, it was evident early voters wanted others to know they capitalized on the first time opportunity to vote early.

They displayed their “I voted early” stickers as if they were a badge of honor.

Some gave high fives to fellow Gothamists and it seemed as if Nov. 3 had already arrived.

And while the Democrat leaning city’s populous turned out in droves so did GOP loyalists in Breezy Point, Queens and Staten Island.

On the second day of early voting, a pro-Trump group allegedly mobilized a small caravan of cars from Rockland County in order to campaign for the Republican incumbent.

Allegedly, they rallied in Brooklyn’s Borough Park but were resisted in Manhattan by anti-Trump protestants in Times Square.

They identified themselves as “Jews for Trump.”

Reportedly, an officer with the NYPD is now suspended for using the city’s squad car to campaign in Flatbush, Brooklyn.

Allegedly he used the department’s sound system to promote his “Vote Trump 2020” message.

The Empire is striking back and throughout the boroughs the notion of a perceived “ghost town” has been muted.

After Nov. 3 the topic of voting will be moot.

Catch You On The Inside!