Christopher Columbus’s head has been glued back on.At least it has in Waterbury, Connecticut, where the statue was decapitated last Fourth of July weekend. Now, five months later, after voters decreed it should remain where it is outside City Hall, it was restored on Wednesday. 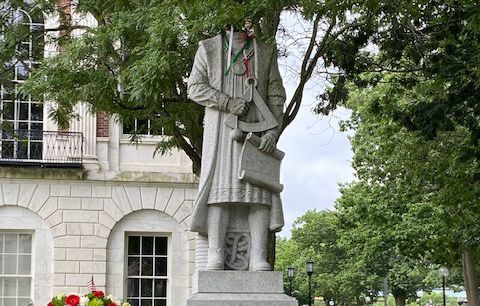